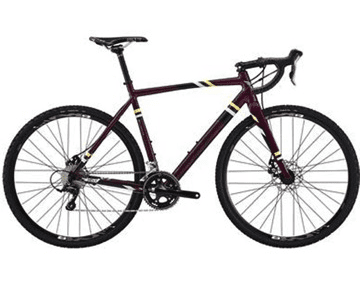 Felt Cyclocross Bicycles have been recalled because the frame could break, causing the rider to lose control, fall, and suffer injuries.

This recall includes Felt Cyclocross bicycles 2015 models F65X and F85X. The 2015 F65X bicycle has a satin black aluminum frame with “Felt” printed in white letters and a diagonal wide white stripe next to a thin white stripe on the frame. The 2015 F85X bicycle has a dark red berry-colored aluminum frame with diagonal stripes in black, mint green, and yellow on the frame. The Felt logo is printed on the bike frame and the model number is printed on the chainstay of the bicycle frame.

Consumers should immediately stop using the recalled bicycles and contact their local Felt Bicycles dealer for a free inspection and frame replacement.

Distributor(s): Manufactured in: Additional details can be found at the Consumer Product Safety website.
Categories